Nostalgia. One of the things I experienced during the last old school magic event I’ve been to, hosted and made possible by Deep Spawners’ Chris, Brian and Damyan and well.. The rest of the SoCal Spawners.

I guess for you to understand why, I’d have to tell you a “brief” background of myself and my history with Magic The Gathering.

I emphasize the word brief as I don’t want to turn this into a 100+ page thesis.

Ready? Here we go. I started playing Magic I believe around when Revised was released, although at the time I didn’t really play “seriously”. Well, I couldn’t. I was 5.

I paid a little bit more attention to what each card really does. And with the help of my older brother who explained most of them, I let my imagination do the rest.

I fell in love with Magic The Gathering.

The art, the colors, how simple yet sophisticated they are, the way you play them, heck even the way they smelled. But it wasn’t the case all the time. Like most things when you’re too young, you tend to lose interest at one thing as you discover new things to do and new things to play with. Magic stayed with me all the time, but it wasn’t consistent. There were times I’d play every day, and then there were times I’d run out of friends to play with and just keep it locked in my drawer.

As we approached the last year of college, 2009… Well, we got busier. All my decks were back in the drawer yet again, regardless of how “badass” I thought they were. Old School Magic was well below my list of priorities at the time.

This hiatus went on until 2012 when I got the “itch” again. I didn’t even have anyone to play with but I just really missed it. I guess you can say MTG always ran through my veins. Eventually, I gained new friends to play with.

This time, in Modern format.

I tried to revive my Red/White aggro — which turned out to be a fail. I experimented on other color combos until I landed with a Red/Black aggro. Yes, I love aggro decks in case you haven’t noticed yet by now.

After about a year and a half of playing most days of the week, especially on the weekends, yep you guessed it right. It finally died down once again as work and other “adulting” priorities got in the way. Or should I say, I felt that MTG was getting in the way of said priorities.

This year is a different story though

I can tell. With my older brother being back in the game, I watched him play the Magic cards I adored when I was 5. Playing with my brother is awesome and I’ve met some very chill people through this format.

I felt a sense of nostalgia. Nostalgia in the form of strong feelings I felt back then. 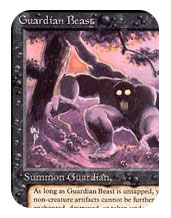 Eventually, I met more people in this format. Way, way different than Standard and Modern. It’s so casual and such a fun environment, with everyone sharing the same passion for the game, how it started and what started it. I didn’t have to worry about being competitive or having to deal with exceptional douchebags. This past event at Barcito was proof of that.

I’m glad I went back not just into playing, but playing the old school magic cards I adored and loved 20+ years ago. I’m glad I went back because I finally found genuine, passionate, and cool people who play not because of the money or the prizes or the recognition, but because they just love to.