The Allure of MTG Old School 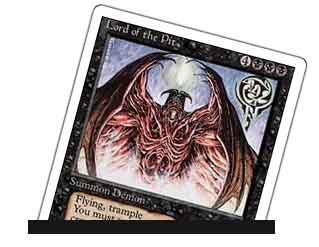 The words “Magic the Gathering” had been whispered to me.  Rumor.  Innuendo.  And although I often frequented comic stores and card shops I had never actually seen it for sale until one day in 1994. While shopping in Los Angeles I spotted, behind the counter of some long-forgotten store, few Starter Decks of MTG Old School Revised.  After convincing the friend I was visiting to try it out with me I bought one.

I’m sure you can picture it: two guys sitting on the floor, shuffling a Revised starter deck, reading through that ridiculous instruction booklet, learning how to play.  Drawing off the same five color deck, mana screwed throughout most games. The winner would be determined by either the one who drew (and was able to cast) the Serra Angel, or whoever ended up with the Royal Assassin if Serra didn’t come out.  The only other card I distinctly remember from that deck was a Scrubland, one which remains in my collection to this day. 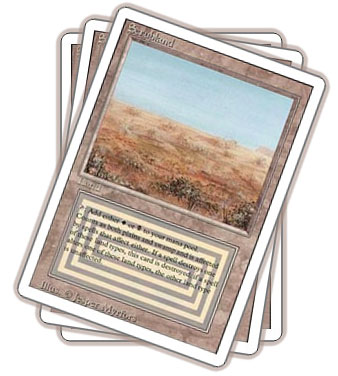 He wasn’t interested in playing magic after our initial six or seven games.

He’s never changed his mind on that.  I was fascinated with MTG but, with nobody to play with, my old school cards went into a drawer and were mostly forgotten.

At some point in 1995 I passed a comic/card store previously unknown to me.  I stopped in to check it out.  They had tables set up in the back of the store.  There sat a group of regulars who played Magic, mostly kids younger than myself.

They also had an advertisement for a release event that weekend: Ice Age.

I came in that weekend and actually learned how to play the game.  My collection grew and I became hooked, playing every weekend and many evenings after work.  Those older “mtg old school” cards went from mythical and into my personal collection, budgeting and saving and scraping together what I could to build a collection. I remember the day Chaos Orb was banned.  The forming of “Type II.”  The banning of Alpha from tournament play.

Playing on and off throughout the years, the last time I played Standard was around the time of Innistrad.

Life changes and Standard stagnation and I quit once again.

I never found an interest in Vintage, as the extreme power mix between the older and newer cards wasn’t interesting to me.

Sometime around the beginning of 2018 I found myself browsing through the Facebook “For Sale” section and somebody was selling a Collector’s Edition sealed set.  I’d always wanted one, but never found it at the right time at the right price.  Asking him about I expressed my surprise at the price jump to $3500.  He told me the price hike was due to this new format called MTG Old School.

I read up on the format and eventually inquired if there were any groups in Southern California who played.  I was put in touch with Chris and the Spawner crew and have been hooked on MTG Old School ever since.